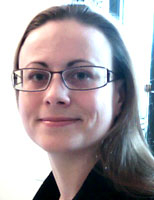 Merilin Kiviorg graduated with a master’s degree in law from the University of Tartu in 2000. She obtained a doctorate from Oxford University in 2011, by defending her doctoral thesis “Freedom of Religion or Belief – the Quest for Religious Autonomy”. She has taught in the Faculties of Law at the University of Tartu and Oxford University and is currently a faculty member at the Oxford Royale Academy. Merilin Kiviorg has published numerous articles on religious freedom in scientific publications in Estonia and abroad. She has also served as an expert on the freedom on religion in the state agencies of Estonia.