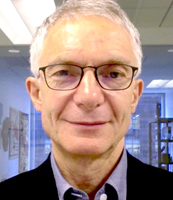 Richard Barrett is Senior Vice President of the Soufan Group, a strategic consultancy located in New York. He is also involved with many research centres in London, Washington, The Hague and Islamabad. He is an expert on counter terrorism and security policies. From 2004 to 2012, he headed the United Nations Monitoring Team concerning Al-Qaida and the Taliban and was one of the founders of the UN’s structural unit for counter terrorism. Before the UN, he worked for the British government. After leaving the UN, he continued international efforts to prevent violent extremism and primarily its religious justification. Barret has co-authored several books, as well as published articles and commentaries on topics related to terrorism.