‘Advocacy of Human Rights of Crimean Tatar People Through Public Diplomacy’ aims to raise awareness about Crimean Tatars, the indigenous peoples of the Crimean peninsula among western audiences. One of the objectives is to find support to Crimean Tatar indigenous rights in the European Union and other international organisations. The main partner of the project is the Estonian Institute of Human Rights, from Ukraine it is partnered by the Bureau of Mustafa Dzhemilev, the Ukrainian president’s deputy in Crimean Tatar questions.

During the project several public diplomacy activities are implemented, including composing a strategy of public diplomacy, traveling exhibition and video materials to introduce Crimean Tatars as the indigenous peoples of Crimean peninsula and several informational seminars in different international organisations (e.g. in EU institutions and member countries). By the end of the project Crimean Tatar representatives will have more capabilities to perform public diplomacy more efficiently and effectively than before. The project takes place 2015-2017.

The project is funded by the Development Cooperation and Humanitarian Aid of the Estonian Ministry of Foreign Affairs.

WHO ARE THE CRIMEAN TATARS?

No, they are not Tatars living in Crimea. Crimean Tatar predecessors lived on the peninsula already in 13th century. 15th -18th centuries were the most prosperous era for the Crimean Tatar people. It was then when they had their own Crimean Khanate that spread out from Crimea to parts of today’s Ukraine and Russia.

On the second half of the 18th century the Khanate went under the influence of the Russian Empire and the Khanate became just one region under the empire. In 1921 Crimea was announced a autonomous Soviet Socialist Republic of Crimea. The most tragic turning point in the Crimean Tatar history happened in 1944 when more than 200 000 Crimean Tatars (meaning basically 100% of the population) were violently deported to different areas in the Soviet Union, mainly to Uzbekistan. More than half of the deportees died or were killed. The survivors were allowed back only from 1989.

For the last decades Crimea has been an autonomous area in the Republic of Ukraine. Before 2014 there were more than 250 000 Crimean Tatars living in Crimea.

Today’s situation in Crimea does not need long descriptions – Crimean peninsula has been illegally occupied and under the rule of the Russian Federation. International community does not recognize the newly announced autonomous Republic in Crimea and Crimea is considered as an occupied or annexed territory. Since the Crimean Tatar people boycotted the so-called ‘referendum’ in 2014 in Crimea and are supporting pro-European reforms in Ukraine, they have found themselves in a situation where their human rights on the peninsula are not ensured nor protected anymore.

Crimean Tatars protesting against the occupation

GET TO KNOW MORE:

Press conference of the launch of the project in Kyiv, Ukraine, in 2015. 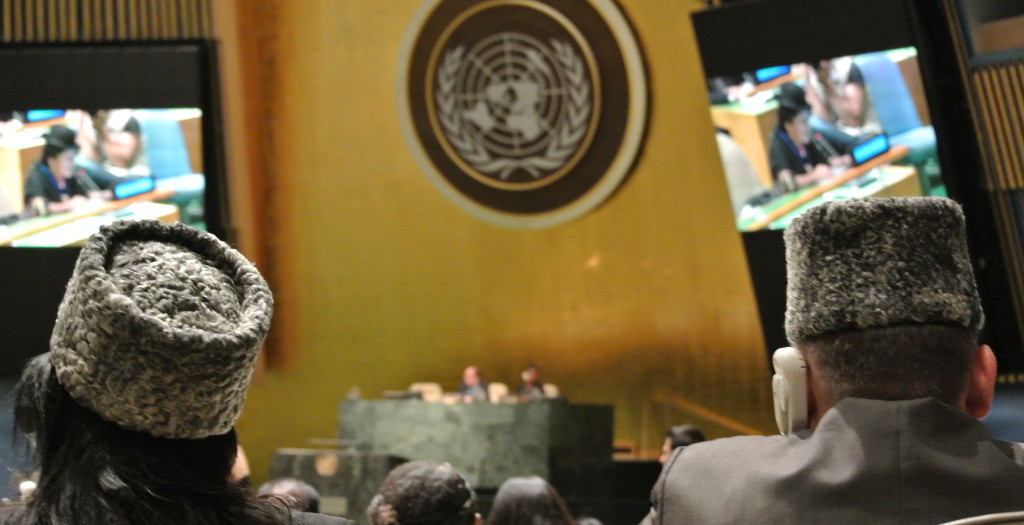